Google treats performance management very seriously.  As a modern, forward-thinking, technology-driven organization, Google uses all the best lessons and tools of emotional and artificial intelligence.  There is no “Human Resources” in the company; at Google, it is called “People Operations.”   Dave P. (name changed for anonymity) has worked at Google since 2007, more than half of the company’s lifetime (Google started in 1998).  He is an executive in the Global Travel Business unit.  Of the “People Operations” naming, Dave says, “I feel like the renaming of it was pretty easy because that’s what the role is, and not like this static function that jumped in at evaluation time.” 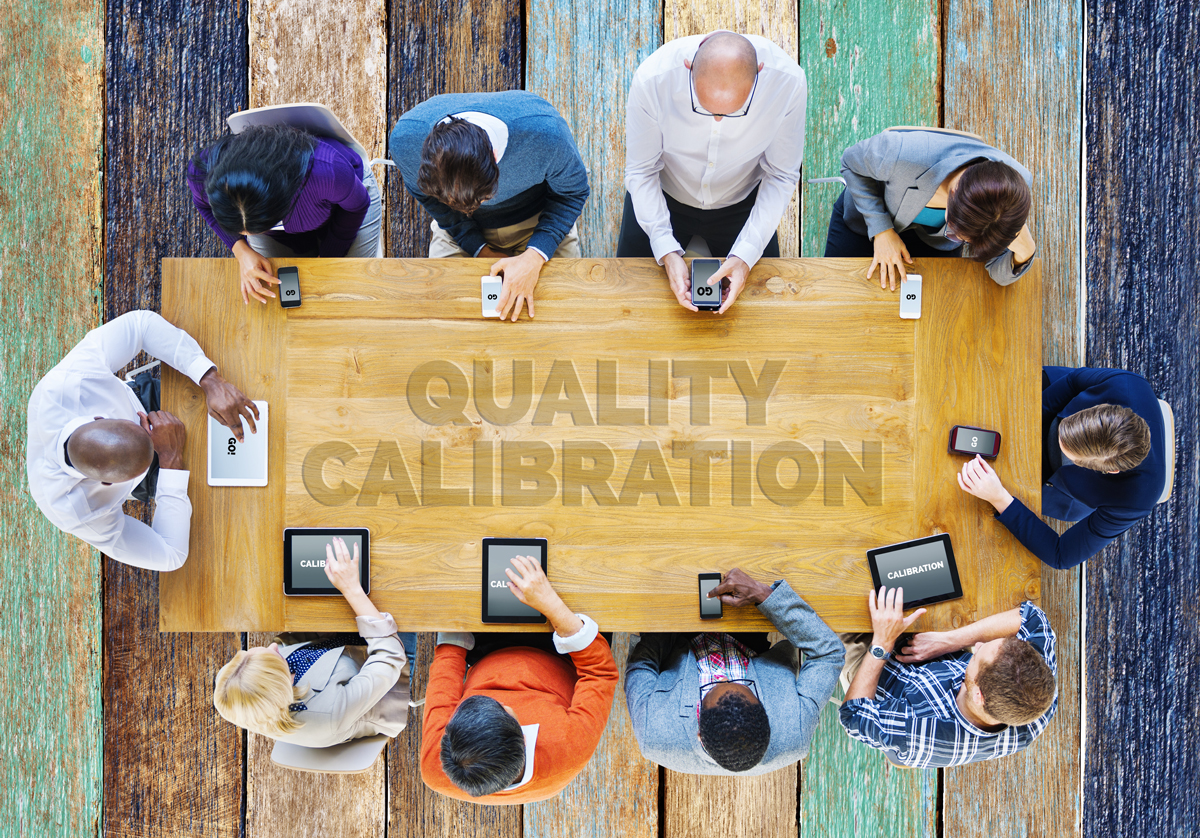 In the book “Work Rules!: Insights from Inside Google That Will Transform How You Live and Lead,” Senior Vice President of People Operations at Google (2006-2016), Laszlo Bock, writes, “performance management as practiced by most organizations has become a rule-based, bureaucratic process, existing as an end in itself rather than actually shaping performance.  Employees hate it. Managers hate it.  Even HR departments hate it.”  Through his tenure, Bock and Google contemplated and worked on ways to disrupt the existing system to make it better, more useful, and create a consensus of fairness amongst its employees.   Google has done this through goal setting, performance measurement, peer feedback, a unique calibration process, and by splitting the rewards conversation from the development conversation.

Goal setting is certainly not unique to Google.  But the company has a particular terminology for its goal metrics: OKRs, or Objectives and Key Results.  These must be “specific, measurable, and verifiable; if you achieve all your results, you’ve obtained your objective,” according to Bock.  Company-wide OKRs are set by CEO Larry Page at the beginning of each quarter.  From there, employees can align their individual OKRs with those of the company.  In full transparency, every employee’s OKRs are visible to all other employees on an internal website, “right next to their phone number and office location.”  Goals are also purposely ambitious, with the understanding that employees will not be able to hit them all, 100 percent of the time.  According to Dave P., “If someone’s goal was to sign four deals, and they sign three, you are factoring that into their scoring.  Top-level OKRs roll up to management.  You have to hit those or be close to those.  You shouldn’t be 100%, but you should be 70% or 80%.”

How performance is measured at Google has changed over the years.  Up until 2013, performance was measured on a 41-point rating scale, from 1.0 (awful) to 5.0 (astounding), and on a quarterly basis.  “Our 41-point scale came out of our engineering DNA,” said Bock.  “It felt satisfyingly precise to be able to draw a distinction between a 3.3 and a 3.4 performer.”  But, according to Bock, these precise ratings – which were painstakingly calculated by managers – did not end up being a precise tool for determining pay and promotion.  And, Dave P. says a lot of it actually ended up being “excruciating” and “guesswork” trying to assess how an employee went up or down 0.1 of a point.  Also, the rigor of the quarterly ratings system become a lot to bear.  It ended up feeling like employees and managers were continually coming in and out of ratings periods.  “When it was quarterly, it was relentless,” notes Dave P. “You just finished and six weeks later you are already planning for the next cycle.  I think it was hard.  How much really changes (in such short periods of time)?”

In 2013, Google reviewed its performance management process in search of major improvement.  The company looked at options like removing job levels or having hundreds of job levels to deal with the issues inherent in being promoted or not promoted, and it looked at changing the review period interval.  It also took another look at the 41-point rating system.   Bock says that the review brought clarity on three particular items: 1) consensus was impossible; 2) people took performance management seriously; 3) experimentation was vital.  Where Google landed with its performance management process was on bi-annual (every six months) reviews and a 5-point rating scale: needs improvement, consistently meets expectations, exceeds expectations, strongly exceeds expectations, and superb.  Dave P. truly appreciated the change from quarterly to biannual reviews and said the scale change “made our lives easier as managers.  It (the previous 41-point scale) was excruciating”

With the sheer quantity of workers at Google, making sure the review process is fair while finalizing each employees’ rating would see like a herculean task.  The company uses a process called calibration as a final and critical step in its reviews. How it works, according to Bock, is that “a group of five to ten managers meet and project on a wall their fifty to a thousand employees, discuss individuals, and agree on a fair rating.”  The process can take “hours and hours and hours,” according to Dave P. “You’re listening to the manager talk about what they did, and how they did it.  The how becomes very important.  And why they gave them (direct reports) a certain score.  You go through it, you challenge, you ask questions, and everybody through consensus and agreement, says ‘yeah, that sounds right.’ And then, somebody else goes with somebody at the same role and the same level.  If this one (employee) exceeds (expectations) and this one (employee) meets (expectations), does it sound right to you based on what everyone’s heard?” This ensures that a manager does not feel pressure to inflate the ratings of their direct reports, and it makes sure that each employee gets more of a wide-ranging consensus about the job they are doing at Google.   It is also important that this exercise yields an expected spread of ratings, with as minimal an array of outliers as possible.  “Not to force a single distribution (of ratings) but to understand why some teams might have different distributions,” notes Bock.  As the cumulation of ratings across the different departments and teams roll up to management and the very top of the company, these calibrated results end up actually being a tool of credibility.  “If you go in at 70% (of your employees) exceeds (expectations), you’re going to lose credibility,” says Dave P.  On the flip side, that same credibility that is built through the calibration process also gives managers the footing to make arguments that their team members did in in fact “over-index” (a word used again and again at Google) in that review period.  “In some (review) cycles,” Dave P. asserts, “…the work they did was so good that I can justify it.  You can’t do that unless you build credibility along the way, that you are grading fairly across the process.”

A major goal of calibration is to counteract bias.  At the start of each calibration session, Google managers are presented with a handout outlining the various kinds of biases to be cognizant of.   In most sessions, according to Dave P., a “people person” will join the meeting and actually walk the participants through the bias information.  According to an excerpt of a sample handout found in Bock’s book, the kinds of biases Google managers are presented with are Horns & Halo Effects, Recency Effect, Fundamental Attribution Error, Central Tendency, and Availability Bias. “If you’ve been at this a while, you just kind of know it,” says Dave P., of the bias refresh at the beginning of calibration settings.  “But it just re-calibrates (everything) at the beginning of it (the session).  You’re pausing for a second.  You go into it fresh. It clears your mind a bit, so you don’t have any (preconceived notions).”

Another performance management hallmark at Google is splitting the review process in two so that the development conversation is held at a different time than the reward conversation.  Typically, annual reviews happen in November, and pay discussions in December.  This is done because Google wants to counteract the potentially undermining effects that extrinsic motivation – rewards, compensation, promotions – can place on intrinsic motivations – development, learning, and self-actualization.   The underpinning for this line of thinking comes from Self-Determination Theory, devised by two University of Rochester psychologists, Richard M. Ryan and Edward L. Deci.  “If you want people to grow,” says Bock, “don’t have those two conversations at the same time.”  Dave P. says it can still be a challenge to always separate the two, but it is integral to make sure the conversations are split.  “Part of the process is sometimes difficult because you are separating how they did against certain metrics and results that they were mapped to, versus career planning, versus compensation and things like that.  I think it’s the tendency of some people to try to conflate it all.  I try to keep it as bifurcated as possible.”

Peer Feedback rounds out the performance management process at Google.  Annually, Google employees receive feedback not just from their managers, but also from those they work with and even those junior to them.  These peer reviewers are selected by the employee and their manager.  Dave P. says that within the biannual reviews, one is more important than the other and that you and your manager can choose the one that is going to be “a light cycle.”  He still feels that you should take both just as seriously, though, especially when it comes to peer reviews.  “You should do the right peer reviews,” he says. “Picking peers who are not necessarily going to say great things about you, that can give an honest evaluation.  They may say great things, but you’re not cherry picking who is going to give your evaluations.”  Managers are also evaluated during this period, anonymously.  Dave P. has found these useful for ensuring that there are no “blind spots” in how he thinks he is managing his team.

As an individual who gives many performance reviews, it was interesting to hear what it is like for Dave P. to receive his own reviews and appraisals.  He says that he uses them as a chance to reflect and take a pause.  “I always try to listen because the tendency is - when you are getting feedback that is not exactly what you want - to interrupt and provide context or excuses…I appreciate when people take the feedback, they’re not whining about it, they want to get better as a result of it.  I should be the same way.  I shouldn’t be defensive.  I should be open to it.  I should acknowledge where I have gaps.  I should acknowledge stuff up front.”

Dave P. also says that developing and honing emotional intelligence has been necessary for his path at Google.  First, in being able to humbly acknowledge his deficiencies when looking at himself.  But, most importantly, in how he works with and manages his teams.  Google bases much of its performance management of managers and senior managers on how they develop their people.  “If you are not developing your people,” says Dave P., “and you are still all in it for yourself, in the end that shows… There’s got to be a piece of this that you really care about your people and what happens to them.”

Promotions at Google happen in much the same way as everything that has been discussed heretofore: committees decide, based on calibrating against previous year’s promotions and clearly articulated standards.  Google also allows employees to nominate themselves for promotion.

Google has a culture all its own, a strong analytical foundation, and an obvious care inherent in its processes.  This is witnessed in how the company handles performance management, especially its focus on goal setting, performance measurement, peer feedback, calibration, and splitting rewards and development.  It is further bolstered by infusing bias awareness, emotional intelligence, and culture development into the mix.  Its performance management acumen should stand as an exemplar in the field.