Longtime WFAN radio host, Mike Francesa, kicked off his new Fox Sports 1/2 simulcast today.  Francesa had for a decade done the video end of the simulcast with YES Network.  After a 1.5 month hiatus, a time when he only appeared on the radio, he appeared in his familiar studio to kick off the show and see what kind of impact he can make for Fox Sports, who are trying to raise their profile and compete with ESPN.

So far, the video is almost exactly the same as we saw on YES.  A little more slick, a few more angles.  In fact, we often see a side-angle shot, which mostly serves as a logo showcase as it does not make much sense to see Francesa from this angle.

Fox Sports also has a streaming video complement/component, called Fox Sports Go.  To see it, you need to authenticate your existing cable subscription.  Unfortunately, there are not many partners involved at this point.  Hopefully, that roster grows - and quickly.  This was not something that was available to consumers when Mike was on YES.  Seeing the video feed from outside the home - ie @ work - will be a nice touch for those who have the ability to do it. 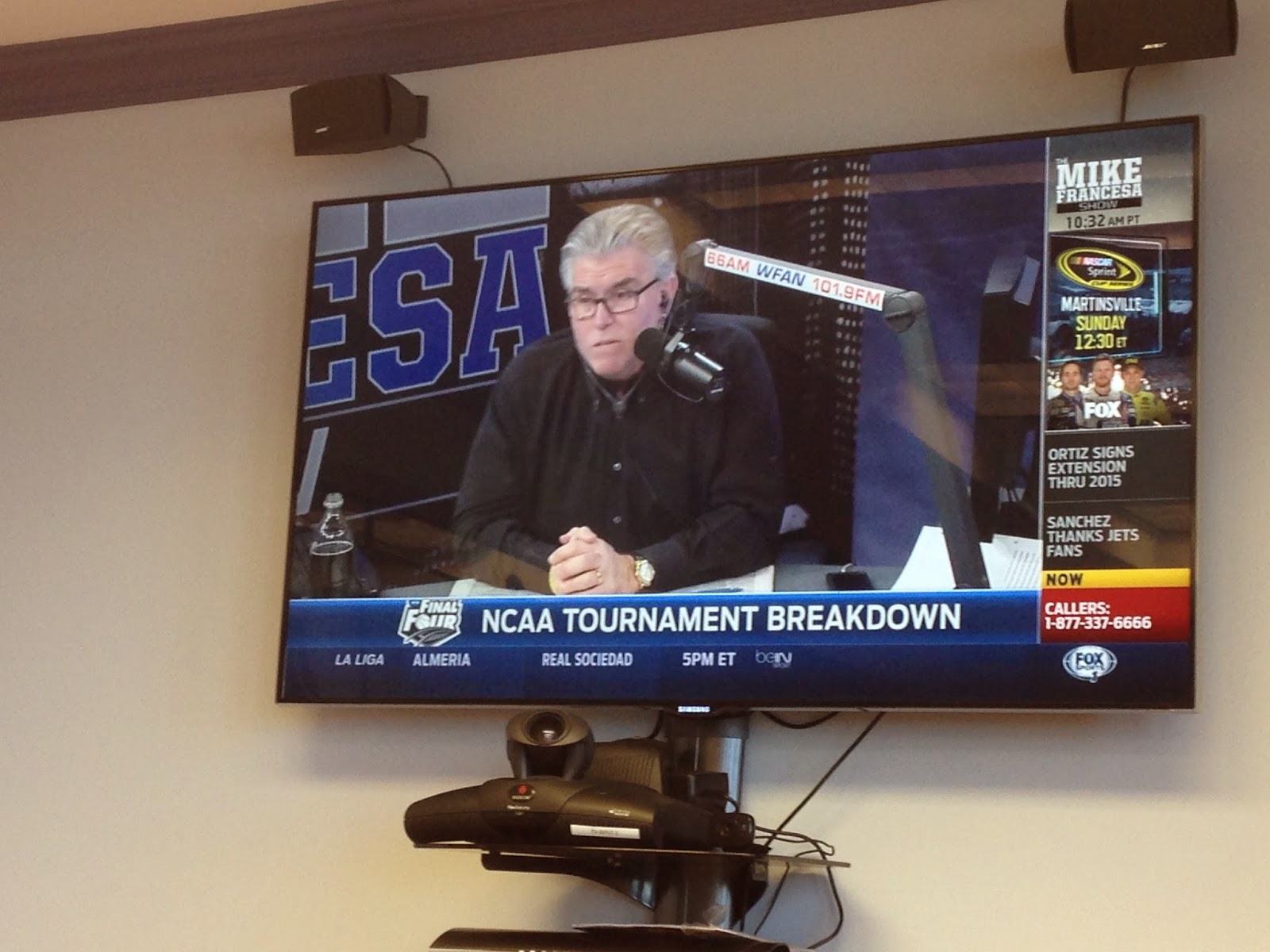